At around 6pm on Thursday September 19, 2013, a fire broke out at Melbourne based QEP (Flooring Supplies and Tools supplier). It quickly engulfed the factory and threatened not only the company’s offices, but also neighbouring businesses. More than 100 fire-fighters and over 30 vehicles worked for over an hour and a half to bring the blaze under control; however the fire itself burned until around 10.30pm (4.5 hours after it had started).

While neighbouring businesses were saved in the blaze, the fire unfortunately destroyed QEP’s entire office area and the equipment within. All of their server infrastructure was housed in a server rack enclosure in a designated area within the office and was destroyed beyond repair (see pic on back). The majority of their computer equipment throughout the office had also been destroyed.

Luckily, QEP had been using Emerging IT’s Lanserve Enterprise Backup Solution. QEP’s critical business data was safely secured at 2 locations and the team at Emerging IT went into emergency mode by restoring the data to a server in its data centre. The team at QEP were able to continue critical customer interaction by the next morning. 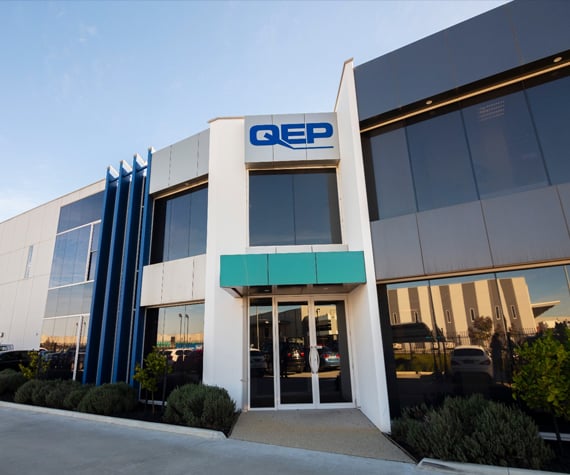 "Emerging IT’s Lanserve Enterprise Backup Solution is an affordable Disaster Recovery Safeguard for businesses who can’t afford to lose either their data or critical business functionality when disaster strikes."

But deep down inside you're not sure how your IT infrastructure would survive a fire, a flooded data centre, server crash or any of the other disaster-related scenarios that creep into your imagination in the middle of the night.

Well now you can sleep tight, Emerging IT has one easy and affordable solution that replaces "HOPE" with "CERTAINTY".

Ensure your business is protected with quality-assured data backup and disaster recovery... 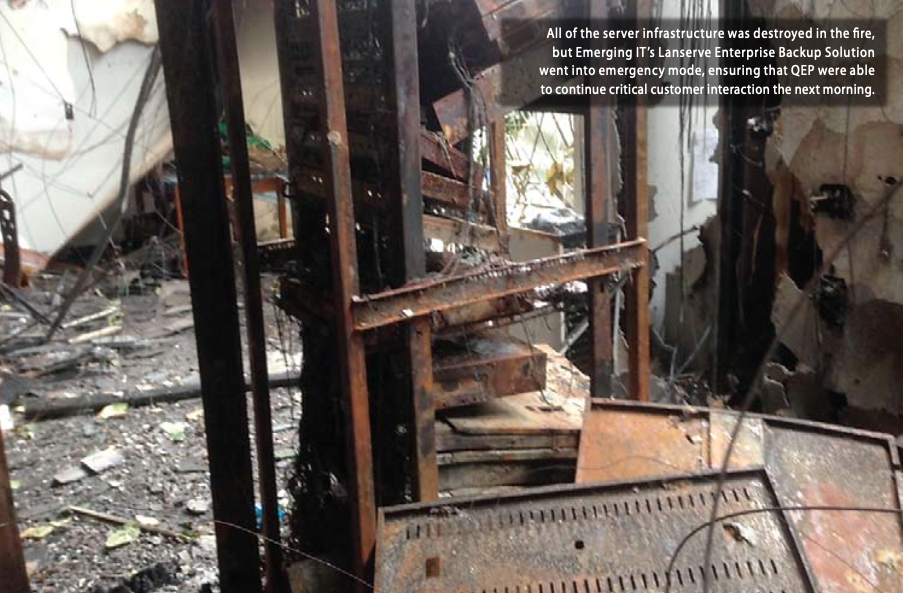 “A disaster of this magnitude would have a significant effect on any business, in this case we were extremely thankful to have been using Emerging IT’s Lanserve Enterprise Backup Solution. Without this we could have lost all of our data and not been able to resume critical customer interaction by the next morning. The team at Emerging IT went into emergency mode and were able to restore critical server functionality and allow us to access our critical data to undertake important business functions by the morning – literally only hours after seeing our entire building turned to ashes! I would like to thank the team at Emerging IT for coming to our rescue in a time of need for us.This scenario could have been a whole lot worse.”

Ready to get started?